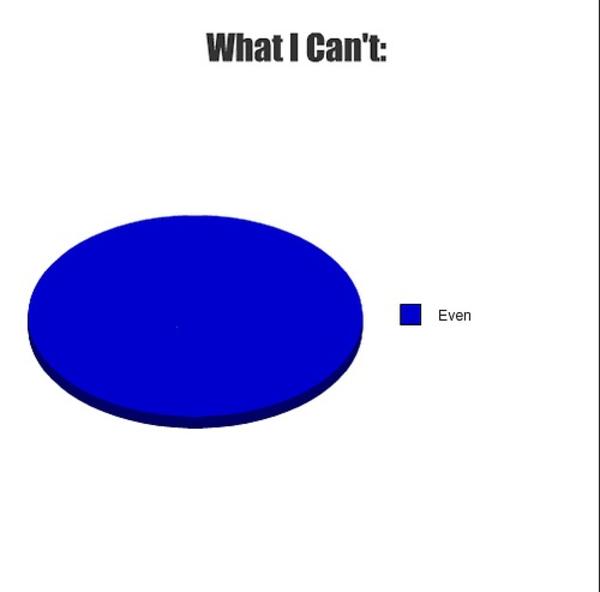 At some point in any writer’s career, he or she has the hapless realization that a manuscript into which blood, sweat, tears, caffeine, and other vices were poured into is GONE – whether through erroneous deletion, #technologyandstuff #fail, or act of gods.

I had one such moment last week with the novel that I’m 51,000+ words into (working title COMMUNITY KLEPTO for those not in the know of all things Kelly I. Hitchcock). Its primary storage location was on our family NAS (network-addressed storage) device, which my husband – who is vastly superior in the realm of tech savviness – informed me underwent and update and subsequently crashed. Below is an account of the 5 stages of anxiety I experienced at this news and prospect of losing my manuscript.

“The device is down, but I don’t think there’s anything important on there…”

YES HUH! IS TOO! Okay, so maybe I shouldn’t be using the NAS as my primary location for my 50,000+ word manuscript, but it’s a little late for that.

Phase 2: Realize the last time you backed up drives was 5 months ago

We have a pretty retentive backup system that involves swapping out the drives every so often and putting the backups in a safe deposit box at our bank. Somehow, though, we hadn’t done this since before we left for Christmas vacation and other things besides running the backup were top of mind.

So at one point there was a time that I needed to work on my manuscript offline, but that time was four months ago and I had written several chapters since then, which pretty much made my local copy useless. Phase 3.1: eat an entire bag of potato chips while crying.

While the prospect of losing four months worth of work is almost unbearable, the idea of re-typing your lost chapters using only the stack of printed chapter-by-chapter manuscripts you’ve been bringing to your workshop group is somehow worse.

Phase 5: Restart device and hope for the best

This phase took some time and it’s a bit like waiting for water to boil while watching it. “I see green lights. That’s good right?!” Then watch the cursor spin and spin and spin as you wait for all the file folders to load up so you can navigate down the 12 levels you need to in order to get to the one file you care about.

When you finally get down to the file itself and see that the modified date was a mere two hours ago, you can indeed breathe a sigh of relief, knowing your work for the past four months hasn’t been obliterated as happens in your worst nightmares. When you’re finally done wiping your forehead sweat away, slowing your heart rate, and downing a couple shots of tequila, move on to the next phases to ensure this never happens again.

Phase 7: Back up locally

No, don’t go take a bong hit. Download Dropbox (if you don’t have it) and enable two-factor authentication before creating another backup in the cloud that you can use in the event of nuclear disaster. You’ve learned your lesson, after all, and you can use all the help you can get to make sure you never have to deal with this again.

Needless to say, the last four chapters I write will be completed with far more intention to disaster recovery. And hopefully they won’t be a disaster themselves.

In search of a genre

Published by Kelly on May 4, 2015
View image | gettyimages.com

I’m always impressed by how specific writers in certain genre and non-fiction can be with pinpointing their sub-genres: paranormal romance, slipstream mystery, speculative post-cyberpunk, satirical basketweaving history. For me though, this is an area that I’ve always struggled with. As I get closer and closer to finishing Community Klepto, I’ve been challenged by people both inside and outside the literary community to be more specific about how I classify my own genre; trouble is, the genres I’ve always considered myself to most closely identify with aren’t at all specific

Thanks to the infallibility of Wikipedia, I can actually give a definition of what this means for people who don’t know what this means, which is most people. Now when people ask me “What type of books do you write?” and react with confused puppy dog faces when I say “literary fiction,” I can tell them that I write:

“…fictional works that possess commonly held qualities to readers outside genre fiction. Literary fiction has been defined as any fiction that attempts to engage with one or more truths or questions, hence relevant to a broad scope of humanity as a form of expression.”

Clear as mud, right? And sadly, those who do know what literary fiction is typically have a negative opinion of it. They see it as plotless drivel that only university professors to teach grad students to write more literary fiction could appreciate.

In the past when I’ve described my work as “women’s fiction,” I’ve been met with “Oh, so romance?” Why, if a book is written with strong female characters and a female audience in mind, do people jump to the conclusion that it’s a romance novel capable of hosting a male Fabio and a scantily clad lady in a heaving bodice on the cover? It’s not as though all women read nothing but stories about sexual tension and romantic entanglements. Nothing I write could be further from this; for one thing, I have far too immature a sense of humor to write sexytime scenes.

Still, this seems like such a broad label to apply to works that can be so different in nature. At least I have Wikipedia to back me up on this one:

“These stories may have romance. Or they may not. They could be contemporary. Or historical. But what binds them together is the focus on a woman’s emotional journey.”

Again, a genre I feel fits my work but is so vague it’s useless in classifying it. Any work of fiction that’s happening in contemporary times could be classified as “contemporary fiction,” even if it’s got a woman in a heaving bodice frenching a cyborg on the cover.

True or not, I don’t know that any reader ever sets out to pick out something with the contemporary fiction label on it.

My latest book is meant to be a humor work that riffs on the tropes people find at the gym, but it’s told through a literary lens with elevated prose. You know, fart jokes told by painfully introspective fuddy-duddies. Humor can be smart and raunchy at the same time, right?

But is this a genre that’s specific enough for readers, something they actually seek out? Will they stop reading if they’re not bursting at the seams with laughter after the first page?

If none of my female characters have their storylines driven by male love interests or shopping for designer clothes, can my work still be considered part of this genre? After all, my books do fit the bill according to our friend Wikipedia:

My problem with labeling my work this way is that I don’t see shoe shopping as a real issue of modern womanhood (although I do have a $10 credit at DSW burning a hole in my pocket).

Maybe I could just create my own hybrid genre label from a combination of all of these. Does Contempowomen’s Lithumor sound like something you’d go looking for in a bookstore?