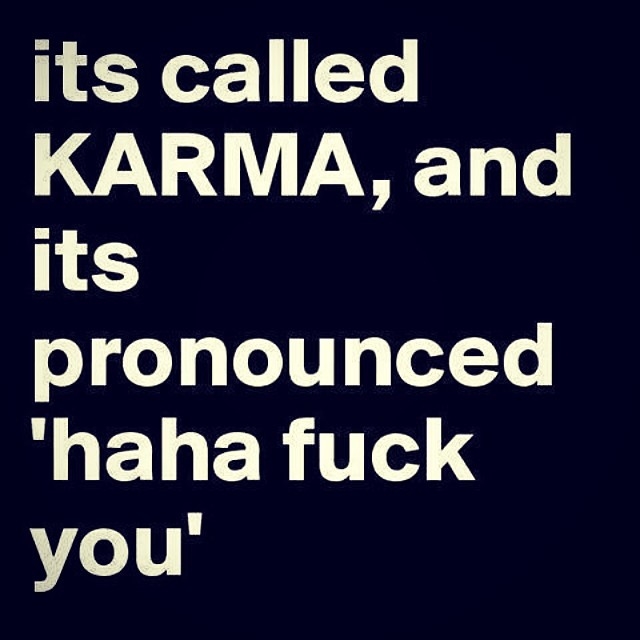 We’re told from the time we’re in kindergarten to obey the golden rule and treat others like we’d want to be treated. Sometime later, we learn the concept of karma, that if we do right by other people, the universe will do right by us and that the opposite is true also.

If there’s ever a karmic area where I’ve gotten my comeuppance, it’s smoking. I smoked many years ago, for many years, and I did all the annoying things smokers do. I smoked right outside the doorways of buildings. I smoked in large crowds with children in them at concerts. I smoked in places where no smoking signs were posted. I tossed cigarette butts out my car window. I once even had a neighbor kindly ask if I would stop smoking in my bedroom, which was across the wall from his closet and made his clothes stink. Instead of being nice and cease-desisting, I did it more, because asshole.

Now that I’m 7 years removed from my smoking habit, it’s like everywhere I go, I am surrounded by smokers. Being in Austin, we go to a lot of concerts, and it never fails that once I stake out a spot, the person next to me starts blowing smoke in my face. Every time I walk from my car to the office, there is someone smoking (in the same non-designated smoking area I would have previously occupied) in my path. Outdoor patio? You can guarantee the person who comes along and occupies the table next to me will light up. And having done it in a past life, I’m so revolted by it now that for the life of me I can’t imagine how I ever did it. I also feel bad for every guy who ever made out with me, but some of that is for other reasons…

My point – karma is real. As a writer, every time I review a fellow author’s work, I try to remember the rules of karma. After all, there’s a real person on the end of that review–a real person who put their heart and soul into writing the book I’m reviewing. When I read something especially terrible, I admit that there are times I want to personally attack the author for writing something so abysmally bad, but that’s only after I want to punch myself for reading the entire thing. Still, I don’t. I don’t because that’s no way to treat people and I would cry a lot if someone did that to me. I also don’t punch myself, because I bruise easily.

At the same time, I am honest about my reviews, because I would want a reader to do the same for me. If I don’t like something, I’ll say it (and try to focus on the plot elements or characters that didn’t work for me). If I really enjoy something, I’ll say that too. There’s a way to be substantive in literary criticism without resorting to nasty speech or personal attacks (but yeah, it’s hard sometimes).

So the next time you’re getting ready to write a review of a book, think about karma and do the right thing. Be the bigger person. You see that, Universe? I’m being the bigger goddamned person. Now please seat me in the non-smoking section.