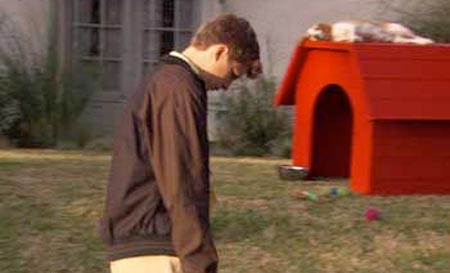 Yesterday, I received a rejection letter for four poems I sent as a manuscript submission to a literary journal. It had been a while since I had submitted anything – I’ve been heads down focused on getting my third novel ready for primetime – so I went and checked the submission record. Turns out there was a reason memory of this poetry submission had receded to the dark depths of brain nothingness; I had submitted it all the way back in February. For those counting, that’s nine months (and one day, to be exact).

By comparison, it only took Bank of America seven months to issue me the escrow refund from my refinance, but I digress…

I won’t name names or anything, but it’s a literary journal run by the graduate creative writing program at a college you would probably not know by name. They do have a couple things in their favor: they allow simultaneous submissions (so I didn’t have to have the poem under their sole consideration for the same length of time as a human pregnancy) and they do online submissions (so I didn’t have to send in a self-addressed stamped envelope in the frigidness of February). But looking at the auto-response I received when I submitted my poems way back during the last winter, it read: We’ll consider your work carefully and get back to you in as timely a manner as we can. Apparently the better part of a year is the timeliest a manner they can muster.

Not 2 minutes before I received this email, I also got one from another academia-run literary journal I have submitted to in the past (since once you submit, you receive their spam forever), asking me to donate so that the journal can be saved. It’s not the first journal to ask for “save us” donations, and I’m sure it won’t be the last. But it did make me stop and ask the question – are these types of literary journals really worth saving anymore?

No one reads them anymore.
Content in all forms has moved online and the departments still putting out annually published print journals are relying on smaller and smaller audiences of circulation. Even the journals I have been published in, I rarely read the other works that are included alongside mine. Everyone will say that if you’re going to submit to a journal you should also subscribe to it, but who really does that? I certainly don’t, and I don’t know anyone who does. Besides, if I subscribed to every journal I submitted to, I would go broke.

There is no money in it anymore.
In fact, many journals have taken to charging writers to submit to their journals, sometimes calling these “maintenance fees” to defray the cost of taking submissions online. Some journals say they will pay writers with copies, but (like I said) no one reads these copies and last time I checked, the self-checkout lane at my grocery store doesn’t have a slot that accepts literary journals as payment. Few of the journals that once paid writers for their work are still doing this, if they are even still in existence.

There is zero incentive for the writer.
Why would anyone spend the better part of a year trying to find a literary journal to publish his or her work for zero dollars’ worth of reward? Especially when they can publish a piece or a collection of their work on any number of online publishing platforms in minutes, not months, and sell it for more than zero dollars. For prestige? Of the literary journals I have been published in, very few of them are around anymore, and apart from the academic creative writing elite, no one has heard of them anyway.

Maybe you disagree with me and think we as writers need to do everything in our power to save the grand old institution that is the Clever Name Review, courtesy of the MFA program in creative writing at Nowheresville University. Or maybe I’m right, and we need be thinking about what we can do to usher in the next technology that will replace these outdated mediums. What do you think?